I was reading some comments on a dating article last week, and they highlighted a point that I already knew: In this day and age, there are two opposing forces—chivalry and equality. (Please note that in this column, I am defaulting to opposite-sex couples, but similar concepts apply in same-sex couples.) 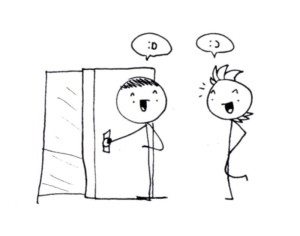 Equality: You split the bill because no one is entitled.

Equality: Whoever gets to the door first holds it open.

Chivalry: The man asks the woman out.

Equality: Whoever wants to ask the other person out should just do it.

I’ve said this before, and I’ll say it again: I’m all for women’s independence, and I believe that women should be paid the same as men in the workplace and have all of the same privileges in life. That doesn’t, however, mean that I believe women and men should have the same place when it comes to dating. Equal partnership? Yes. But women also have a need to feel pursued, special, and secure. Does a man need to feel these things, too? I believe men need to feel appreciated, and sometimes needed, but not taken advantage of, especially financially.

Where does this leave most people? Honestly, confused.

When my female clients tell me that they want a take-charge kind of guy, the kind who asks them out confidently and who pays for the bill, what they have to remember is that things are now blurred. One woman wants this treatment, and another wants to yell “I am woman, hear me roar” and not be treated to anything. A woman may want a man to actively step around her to walk on the outside of the sidewalk. Another may view this same action as antiqued and rude. Neither of them is wrong. But men, at least some of those I’m working with, are shying away from taking risks on either end. Do they go for chivalry or equality?

For every piece of advice I give, there is someone who, of course, believes the exact opposite. Some women have no interest in being treated—financially or otherwise—to things, don’t want to be made to feel taken care of (“I can open that myself, thank you.”) and don’t think the man should be responsible for any more or less than the woman. I’m seeing that younger generations, like millennials, have much more of the equality mindset, whereas baby boomers prefer the chivalry. And those in the middle? A mixed bag. What’s confusing is that chivalry and equality are now butting heads.

I thought the last person I dated seriously handled things well… he asked. He asked if I liked the door held open for me (yes), if I liked to be treated sometimes to dinner (yes), and if I liked when he moved to stand on the outside of the sidewalk (again, yes). He asked because he didn’t know. His last girlfriend wanted none of that because she grew up in a home with such traditional gender roles that she was trying to break out of that mindset. Asking is always a good place to start.

Lastly, on the flip side, if you want something (mainly speaking to the women here), tell your partner. No one is a mind reader, so if you want someone to do something or you particularly like a gesture, mention it. You can’t get angry with someone for not doing something you want… if he simply doesn’t know.

15 thoughts on “Chivalry vs. Equality in Dating”