You’re on a date. It’s going just ok. Actually, no it’s not. You’re bored. He lied in his profile. Her jokes are offensive. You got into an argument over some spilled wine. He was rude to the waiter. She thought it was polite to spit out her gum and keep it behind her ear for later. He started talking about a potential Martian invasion and possible future wars between humans and aliens. Whatever the reason, you want out.

And herein lies the question: Is there a polite, socially acceptable way to end a bad date and extricate yourself quickly and gracefully? 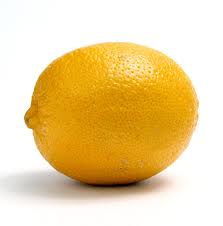 Now, I’m not necessarily talking about Barney Stinson’s Lemon Law. (In case you don’t watch How I Met Your Mother, see: http://www.youtube.com/watch?v=xyyE70VV4qA.) I’m just talking about a courteous gesture that indicates that the date is over.

I once went on a JDate to play ping pong. (If you know me at all, you know I’m a ping pong fiend.) When I got there, I couldn’t find him. Why, you might ask? Well, he was about 50 pounds heavier than his profile picture and stated weight indicated. I could talk for hours about the reasons not to lie online, but I’ll save that for later. I wasn’t happy that my date lied, but I was already there, so I figured I’d give him the benefit of the doubt. But it soon became clear that he was exceedingly boring (like, pulling teeth boring) and a poor sport at losing to me in ping pong. Three strikes for him, and I was outta there. I told him that my workout earlier in the day had really taken it out of me and that I had to go home.

Did I do the right thing? Maybe. In hindsight, it might have been more appropriate to say that I was disappointed that he had misrepresented his appearance. But what’s done is done.

When it comes to a bad date, first determine the nature of “bad.” Is it “creepy” bad or just “no sparks” bad? If it’s the latter, then your best bet is to stick it out (at least for one drink or a cup of coffee). A drink can’t hurt matters either… It may actually loosen you both up. Who knows? You might even start to like each other. Plus, the worst that happens is you might get a funny story out of it. “Remember that time when I went out with a guy from JDate who had taken me out six years prior, but I didn’t recognize him? I didn’t like him then, and I certainly didn’t like him now!” Yep – happened to yours truly. I’m glad I stuck that one out since I’m still telling the story.

For the “creepy” bad date (other variants are “scary” bad, “offensive” bad, “mean” bad – you get the picture), the best bet is to (gulp!) be honest. This is definitely the most awkward choice, but it’s also the most mature. “You know, I just don’t think we’re clicking. It was nice to meet you, but I don’t want either of us to waste our time, so I thought I’d say that to give us the option to go do something else fun tonight.”

Telling a white lie (you’re not feeling well, you ate some bad cheese, you forgot about a work function you have to attend, you’re really tired, etc.) to get out of a date, like I did, isn’t usually the smartest move. You may cross paths with this person again, which actually makes this choice pretty awkward too. Your date may not have gotten the hint and may try to ask you out again, and the lie will become apparent by your present lack of interest. No, a little white lie never killed anyone, but if you’re comfortable enough to use the, “I just don’t think we’re clicking” line, it’s a better, more honest approach.

So, while there’s no modern-day dating Lemon Law, if your date starts discussing the pros of dogfighting, or coughing in your face without any regard for your personal space, it’s ok to admit you’re not a match and move on. Even Oprah agrees! http://www.oprah.com/relationships/How-to-Get-Out-of-a-Bad-Blind-Date-Etiquette-Advice