“They must not have liked my hair.” 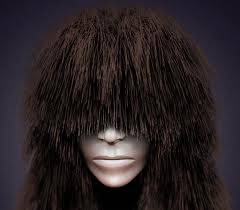 For those of you who don’t know me personally, I’m not only the online dating guru, but I’m also a singer/actor. And that line above is what I say when I don’t get the part. Their loss!

What does this have to do with dating? Well, when we put ourselves out there by sending people e-mails on an online dating site, we risk the chance of not getting an e-mail back. But let me be clear: Non-response does not equal rejection. In other words, the absence of a positive reply (an e-mail back) is not the same as someone turning you down. As OkCupid confirms, on average, only 32% of first messages sent ever receive responses.

There’s good reason not to treat the lack of a response as a rejection. Who knows why people don’t respond? The why isn’t the important part because it’s often out of our control. Maybe you look like an ex, maybe he dismissed you for having one silly typo, maybe she had a business trip that week and didn’t get to check her Match.com account. Whatever the reason, just chalk it up to, “They must not have liked my hair.”

True, the lack of response makes it that much harder to deal with when you fall in love with someone’s profile and think you’re destined to be together, right? A guy I know (we’ll call him Joey) came across a girl online who was also an avid golfer, loved cookie dough ice cream, and thought that doing the New York Times crossword puzzle was the best thing since sliced bread. He was obsessed with her profile and asked me to help write her an e-mail to win her over. I did. But I warned him that should she not respond, they weren’t meant to be, and that was that. He’d likely find a butter pecan-loving woman who much preferred Sudoku, and they’d be just as compatible because she’d expand his horizons. Until someone responds, he or she can’t be the love of your life (and for poor Joey, she wasn’t) – you’re lusting over some words and a picture on a screen. It’s only when you get a response that the person becomes real. And for that reason, I recommend sending more e-mails to more people than you’re inclined to because, ultimately, it’s a numbers game. The more e-mails you send, the more responses you get. 32% of 20 is more than 32% of 10, right? And who doesn’t want responses?

Is your next question, “Are you telling me to e-mail people I’m just ‘meh’ about in order to get a response?” Sort of, yes. As we all know, most of us are better in person than we are on paper (c’mon – we all know it’s true), so if you’re even somewhat interested in someone online, go for the e-mail. I’m a fan of opening all possible doors (sending e-mails) and then closing them later (after some e-mailing back-and-forth or after a date) if the person is ultimately not what you want. But in the end, the right ones will respond because you each see something promising in each other.

So, feel free to send those e-mails. What’s the worst that could happen… you don’t get a response? No biggie! They just didn’t like your hair.

12 thoughts on “They Must Not Have Liked My Hair”