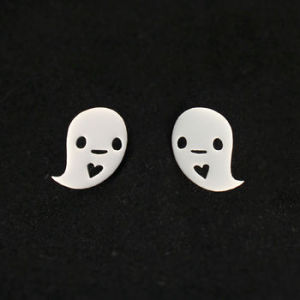 In the days before texting and Tinder, there was actual talking and the art of the real, in-person conversation.  Even on Sex and The City, when Berger broke up with Carrie on a (dare I say it?) Post-it note, it was viewed as terrible form.  And it was.

So, why now, do people think it’s okay to not even give someone the courtesy of the measly Post-it note?  Some people are doing what has been termed “ghosting,” just up and leaving a relationship without having to courtesy to tell your significant other that you’re, well, up and leaving.  Some people called it “the fade-away,” some call it the “disappearing act,” and some have called it “falling off the earth.”  What do I call it?  Rudeness, cowardice, and selfishness for starters.

There was an article in Huffington Post the other day called ‘Ghosting:’ The 21st-Century Dating Problem Everyone Talks About, But No One Knows How To Deal With.  It talked about this phenomenon and how people are simply disappearing because that seems easier than breaking up with someone.  It even happened to a friend of mine after over a year of dating someone.  She got an email from her boyfriend saying that he was going through a rough patch.  She, as a dutiful girlfriend, said that she’d, of course, be there for him.  And that was the last time he ever spoke to her.  Her only remaining remnant was her Facebook profile photo, which she promptly took down in first confusion and then disappointment.

With the ubiquitous use of modern technology—text, GChat, Hinge, Tinder, What’s App, Google Voice, OkCupid—it’s almost too easy to think of people as disposable, just as the technology that once was so novel and exciting is now a bit older and less exciting.  But people are not things.  People have feelings.  For that reason alone, you need to buck up and have an actual, real conversation, whether you’ve been on three dates or 300.

While there are no specific rules, this is what I recommend:

If you mutually do not want to see each other again, then no follow-up is necessary.  If, however, one person asks the other out again, and the second party does not want to go, then the best option is to say something to the effect of, “Thank you so much for a nice time the other night.  I’m, unfortunately, not feeling that connection that I’m looking for, but I wish you the best of luck.”

After two to three dates

Given that you’ve now spent at least several hours together, it is best to acknowledge that there will not be any future dates.  “I think you’re great, and I’ve been having a lot of fun with you, but I unfortunately don’t see this going forward romantically.  Some guy/gal will be very lucky to find you!”  Email or phone is fine for this.

After four or more dates but before being exclusive

I have the same advice here as the two to three date guidance, but this should really be a conversation where you can hear each other’s voices, either over the phone or in person.

In an exclusive relationship

The only way to break up with someone when you’re in an exclusive relationship, barring distance, is in person.  Period.

Writing about the subject in The Date Report in May, reporter Sara Ashley O’Brien explained that ghosting just prolongs the time it takes to get over someone:

“A simple acknowledgment of an appreciation for the time we did spend together, ‘Hey, I had a fun few dates with you but I don’t think we’re right for each other beyond that,’ would provide so much more closure.  It’s always a blow, but you can get over it in a few days.  When the ghost disappears, you spend the first few days wondering when you’re going to get a text back and then weeks trying to figure out what went wrong.”

Greg Behrendt of He’s Just Not That Into You fame disagrees, saying, “It’s simple, and there’s no need to contemplate the many ‘reasons’ a date is unresponsive.  When someone’s not texting you and you see they’ve read your text, then you should really get it.”

Here’s the difference.  While someone might get it, he or she does not deserve it.  Behrendt goes on to say that when you’re tired of something, like a movie or a sports team, you just walk away.  He’s turning people into objects.  People are not things.  We have feelings and emotions and limited time to sit around and wait to see if our love interest is going to contact us again in the next three days… or ever.

Some people rationalize their “ghosting” behavior by saying that they are trying to spare the other person’s feelings by not sharing the truth.  If that’s what makes you sleep at night, then fine, but we all know that’s a big load of you-know-what.

The moral of the story is to own up to your actions, take a little discomfort in the present (telling someone how you feel) for a future of knowing you’re an upstanding person who doesn’t hurt others to spare yourself.  I’ve seen too many incidents of this happen with friends and clients.  Don’t be a culprit, and I certainly hope you’re not a victim.  Just be a good person, have fun with dating, and when it’s over, just have the courtesy to let the person you’re seeing in on your decision.

Is “Ghosting” the New Post-It Note?
Tagged on: a little nudge    dating advice    erika ettin    ghosting    Greg Behrendt    He's Just Not That Into You    how to reject someone    Huffington Post    text after first date    texting    The Date Report    the fadeaway    Tinder    what to text after a date

5 thoughts on “Is “Ghosting” the New Post-It Note?”