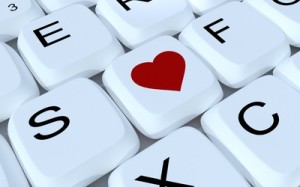 Ah, Valentine’s Day.  Some people love the chocolates and flowers.  Some people hate the saccharine Hallmark cards that permeate the aisles.  And, of course, some people choose to treat February 14th as just any other day of the year.  Regardless of where you fall on the spectrum, many people do place a lot of weight on the holiday, and that is evidenced by the number of people who log into the online dating sites in advance of, and after, 2/14.

In February of last year, the dating site Zoosk ran some numbers on their subscribers to see if any trends could be assessed.  The site found that there were 16 percent more messages sent in the two weeks following Valentine’s Day compared to the two weeks before.  Why might this be?  I have two theories:

Interestingly enough, Match.com said that its site is targeted to have more than two million users logging on over 36 million times in the first week of January, and the busiest period kicks off on Christmas Day each year and typically lasts until February 14.  During that time, the site boasts a 30% increase in new member sign-ups.

This is interesting.  Either Zoosk and Match see opposite trends for the two weeks leading up to the 14th, or the busiest season is skewed a bit to the right, peaking in late December and January and dipping a bit in February while still keeping the numbers above average.  Two years ago, though, Match.com did come out and say, “Match.com sees a 20 percent uptick in new members the week after Valentine’s Day (when compared to the subsequent weeks).”

What do I say about all of this?  If you’re single and looking, the time is now to get online.  Whether this week or next week is statistically the best or the worst is irrelevant.  What’s most important is whether you feel ready, and if you do, then go for it!  And if you need some tips to help you along the way, feel free to read some of my older posts.