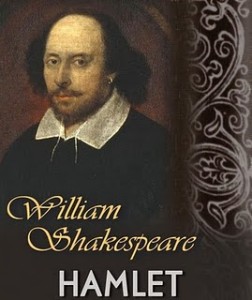 I’ll be the first to admit that I’m not a literature buff.  I vaguely remember reading Romeo & Juliet in high school, but that’s really the extent of my knowledge.  (I did used to think it was interesting that female parts were played by men for a period of time, though.)  At any rate, there is a quote from Shakespeare’s Hamlet that I seem to use over and over again when it comes to online dating (and dating in general): “The lady doth protest too much, methinks.”  As our good friend Wikipedia shares, this phrase is often used as a figure of speech to indicate that a person’s overly frequent or vehement attempts to convince others of something have ironically helped to convince others that the complete opposite is true, by making the person look defensive and insincere.  For example, if your vegan friend says seventeen times at brunch, “Of course I don’t care if you want to eat steak and eggs in front of me,” then the number of times he says that often directly correlates to how much he actually does care.

Why the lesson in 17th century literature, you might ask?  As it relates to dating, people are often very quick to say something about themselves as a defense mechanism, when the reality of it is that without that defense, no one would make the very assumption that this person is denying.

As an example, I was perusing Match.com the other day, searching for women of interest for a client of mine in North Carolina, and I came across this profile below:

“I am a busy person who thinks she is easygoing.  I like to do things like clean and organize but I’m not OCD.  I’m happiest when I’ve tackled a project and then can sit back when I’m done and enjoy the accomplishment.”

Not only is it one of the more boring profiles on the site, but it also says, “I like to do things like clean and organize but I’m not OCD.”  The first thing I immediately think when I read that line is, “This woman is OCD, but she’s trying to hide it… very poorly.”  If you’re not, then don’t call attention to it.  And if you are, just be honest about it.  Either choice is better than the one she made.  “I love coming home to a clean, organized house” would have gotten the same point across without any judgment.

Let’s take a look at another excerpt from a Match.com profile:

“No, I’m not full of myself as I know where I came from and ‘I’m not a player’ and I should say I don’t have time for games or flakes as I have a lot to offer the right woman.  I’m a miner, I’m also a bit of a bad man in a ‘good way’ with a wild side I guess I’m like a M and M a tough hard exterior on the outside soft and sweet on the inside once you get to know me.”

Besides being a very poor writer, this gentleman starts out by making two claims: “I’m not full of myself” and “I’m not a player.”  Most women will read this as, “I’m a player, and I’m full of myself.”

In court, you’re innocent until proven guilty.  It’s the same thing with online dating.  There’s no need to compensate for something that should be considered the baseline, or the innocence, if you will.  Unless told otherwise, the baseline is that you’re honest and nice and everything else good in the world.  You’re starting at 100%.  It’s when you start to refute things that should be the baseline that people will start to question you.

So speak the truth, don’t cover things up, and if you’re tempted to say something in a defensive manner to dispel someone’s thoughts that you’re a certain way, it’s time to think again.  The reader most likely won’t notice until it’s pointed out.

Feel free to leave in the comments section any of these lines that you’ve seen where someone is protesting too much, youthinks.