I got this question last week from a client:

“I wanted to share the details about my date on Saturday. It was okay – nothing to write home about – just okay. He’s not someone I would like to get to know further, but he sent me a text a couple hours after I got home asking if I’d like to do it again. Do I have to answer it, or can I just let it go?”

First, I’m really glad you were able to meet, even if it wasn’t a match. I hope you were at least able to have a nice conversation and learn a few things about each other. My first question is this: Are you 100% sure you do not want to see him again? Remember that a second date doesn’t commit you to anything other than another hour or so of your time and one more conversation. If the answer is still a no about seeing him again, then, in response to your question, yes, you have to answer his text.

Here’s my rule: If someone makes him or herself vulnerable to you (like asking you out again), then you do owe that person a response. Nothing lengthy, but a tactful and honest response to indicate that you are going to decline. For example, “Thanks so much for your note and for a nice time today! Unfortunately, I just didn’t feel the romantic connection I was looking for, but I wish you all the best!” You can replace “romantic connection” with “spark,” “chemistry,” or anything that feels right to you.

While someone may be disappointed that you don’t feel a connection, he can’t really be angry with you for feeling the way you do.

I know sometimes we think people should just “get it” if we don’t respond, but that actually has a much worse impact on both people. Ghosting not only makes someone confused, but it takes that person longer to get over someone in the absence of closure. The nicest thing you can do for someone is to tell the truth. Ignoring it doesn’t spare someone’s feelings – it does the opposite.

You’re welcome to run your text by me if you want me to give it a read before you send it to him. Thanks so much for asking!

Now, if the recipient of her text – the man she does not want to see again – were my client, here’s what I would tell him:

While it’s disappointing that she doesn’t want to see you again, she gave you the gift of knowledge and honesty so you don’t have to waste your time wondering. To keep everything mature and kind, please reply to her with something like this:

“Thanks so much for letting me know. It was fun getting to know you, and best of luck to you, too.”

Anything other than this – not replying at all or reacting negatively – will reflect poorly on you. Not replying in a kind manner implies that you do not want to accept this answer. And answering in a mean or negative way not only makes you sound childish, but it also may make her think twice before giving someone else the courtesy of a “no thanks” response. And please don’t argue with her. Everyone is entitled to his or her own feelings and rationale for not wanting to see someone again.

In the end, let’s all be adults. Say what you feel. Answer people’s texts. And don’t make dating a nightmare for people. It’s that simple.

Lastly, I want to share a recent example of a text exchange between a client and me (I’m on the right, in blue), showing how ghosting makes someone feel… and it’s not good. 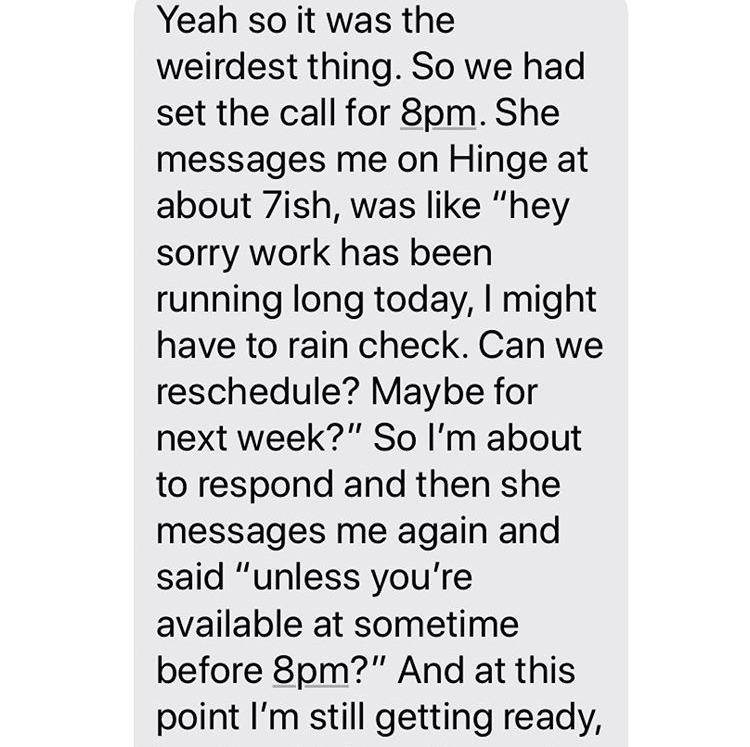 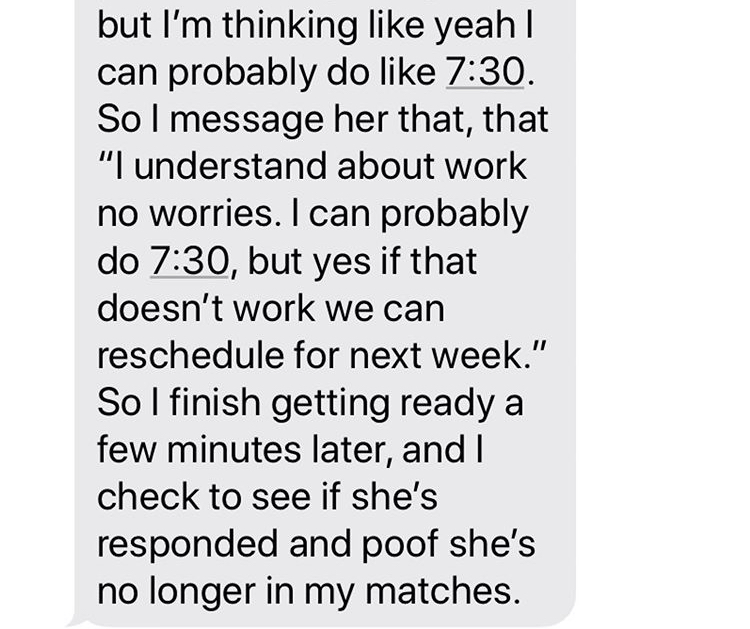 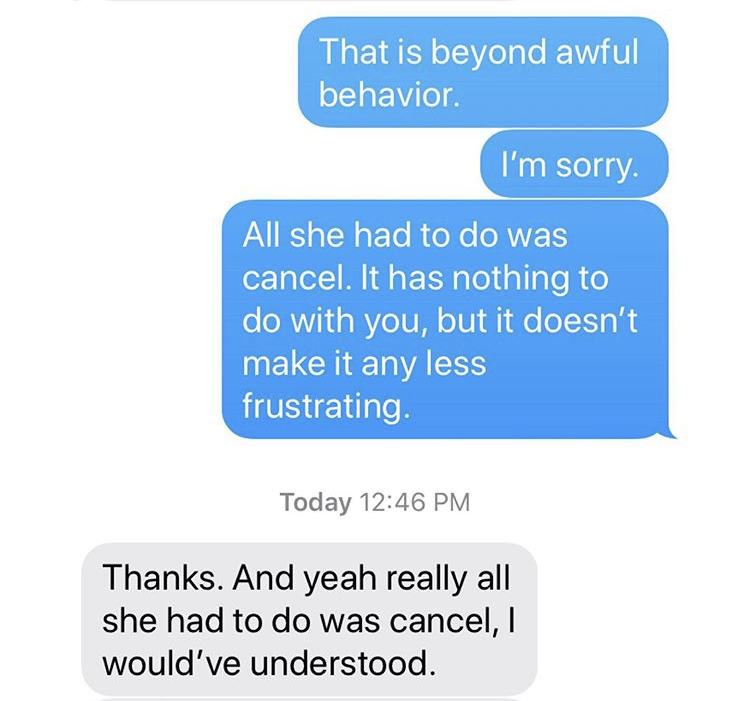 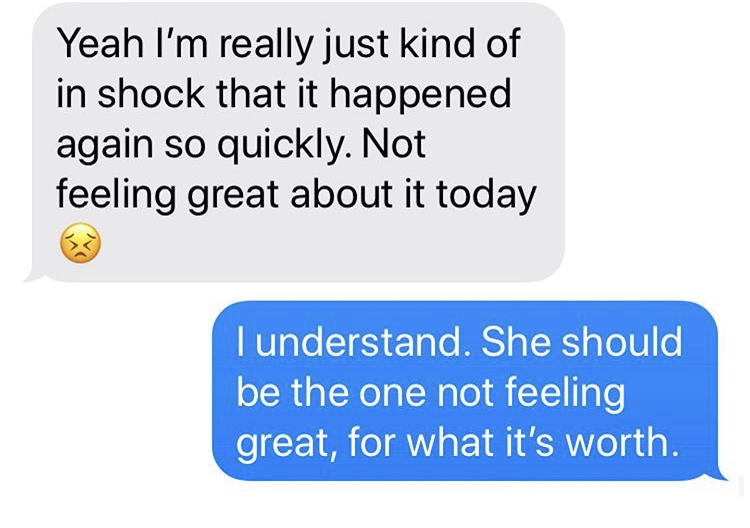 2 thoughts on “How Not To Ghost”